It was in summers of 2017, when we as a Charitable Rider Club were exploring options to bring in little sparkles of joy for the underprivileged. Ever since the establishment of our club, we have made sure every single member of our club join in our journey of making a better world for others. This summer of 2017, we were working on a similar project and we believed had decent cash reserves to bring about a difference. In the process of exploring options, we came across an orphanage, named Greater Hope Children’s Orphanage via a member’s reference.

A quick search about it on internet, and we could locate it on maps. Spoke to the Caretaker, Stanley, and came to know there were close to 35 kids in the orphanage. Average age between 12-14. We had a quick discussion on our options to make use of our cash reserve in favour of the orphanage. Stanley gave us an amazing idea that, since it was April, and schools start for a new session around June, it would be amazing if we could arrange a pair of new Shoes for all these kids. This sounded like a feasible and practical idea and our Club founder, LN began exploring options with shoe suppliers.
He was able to find a decent option with Paragon(if I remember correctly), and finalized the deal. On the final day (April 30th), we were ready with a pair of Shoes, socks and a piece of bed sheet for every kid. However, before we could distribute it among the kids, we had plans of engaging with the kids, and boy-o-boy, these kids had some serious talent.
These kids showcased us with amazing talents like singing, dancing, mimicry., comedy etc. We could easily spend an entire day out there and wouldn’t get bored for even a single second. Another touching moment about this entire day was how welcoming these kids made us feel, their feelings and expressions yet touched with the outside exploits and selfishness. All our members present in the event couldn’t help but recollect their days as a child, looking at their innocence.
And hence concluded, another charity event of ours. We believe it is one these little acts of kindness which helps us in becoming a better human everyday, and this day we feel we did our share. Riding miles and spreading smiles justified. 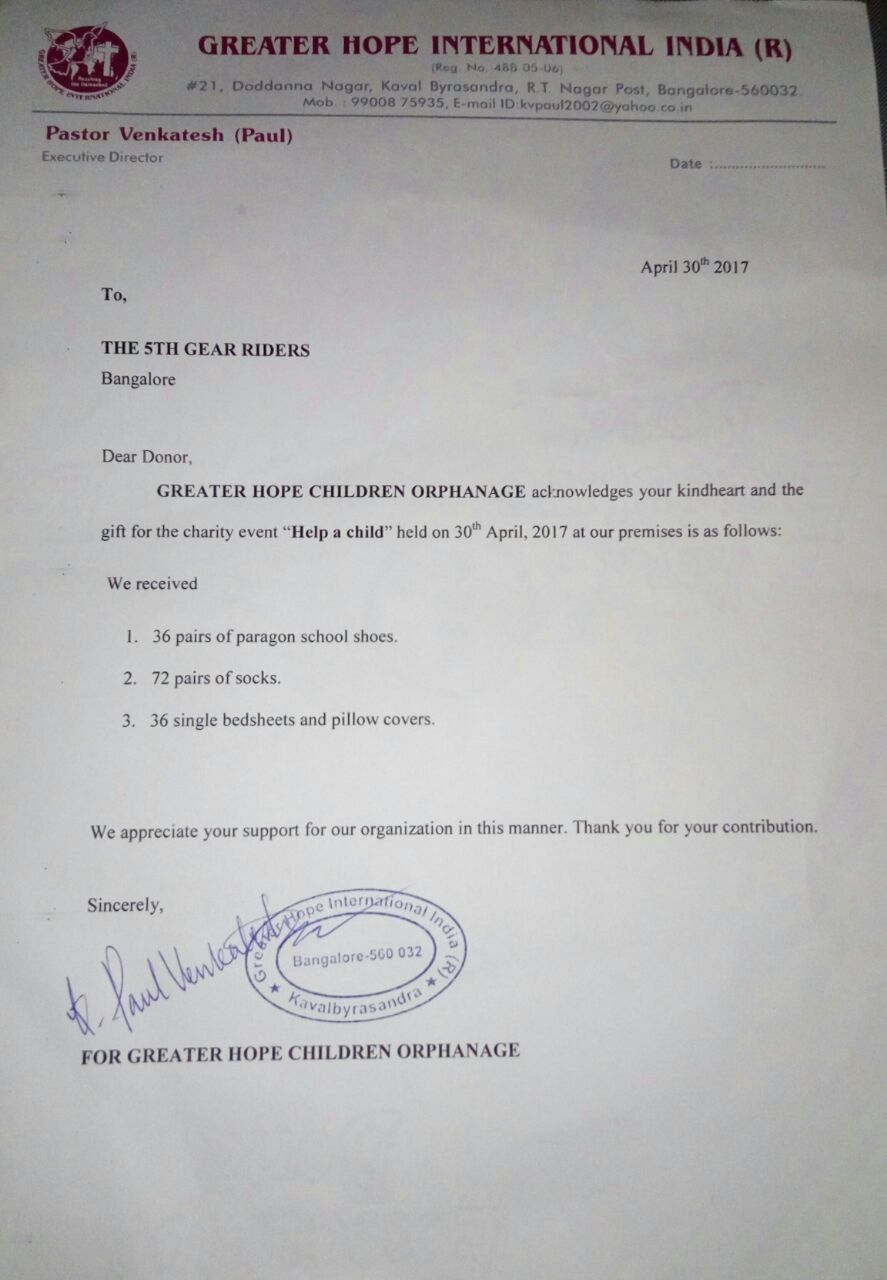